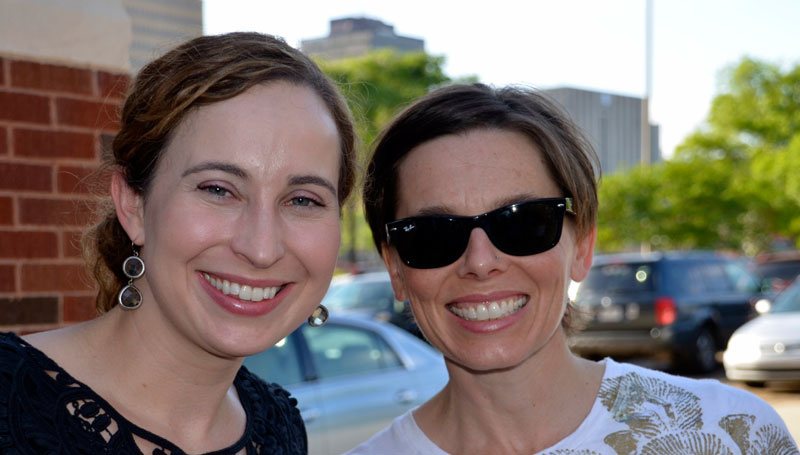 The mission of First Presbyterian Church Women’s Ministry is to nurture women as they grow deeper in Christ and further into the world through studying God’s Word, partnering in prayer, cultivating meaningful relationships and gathering in intentional life-on-life fellowship. Our prayer is that every woman feels poured into, supported and has a place and a purpose in our church body as we encourage each other as ambassadors of the gospel.

Weekly opportunities to grow deeper in Christ through prayer and study of God’s Word.
2 Timothy 3: 16-17:  All Scripture is breathed out by God and profitable for teaching, for reproof, for correction, and for training in righteousness, that the man of God may be complete, equipped for every good work.
Women's Fall 2020 Bible Study: Daniel 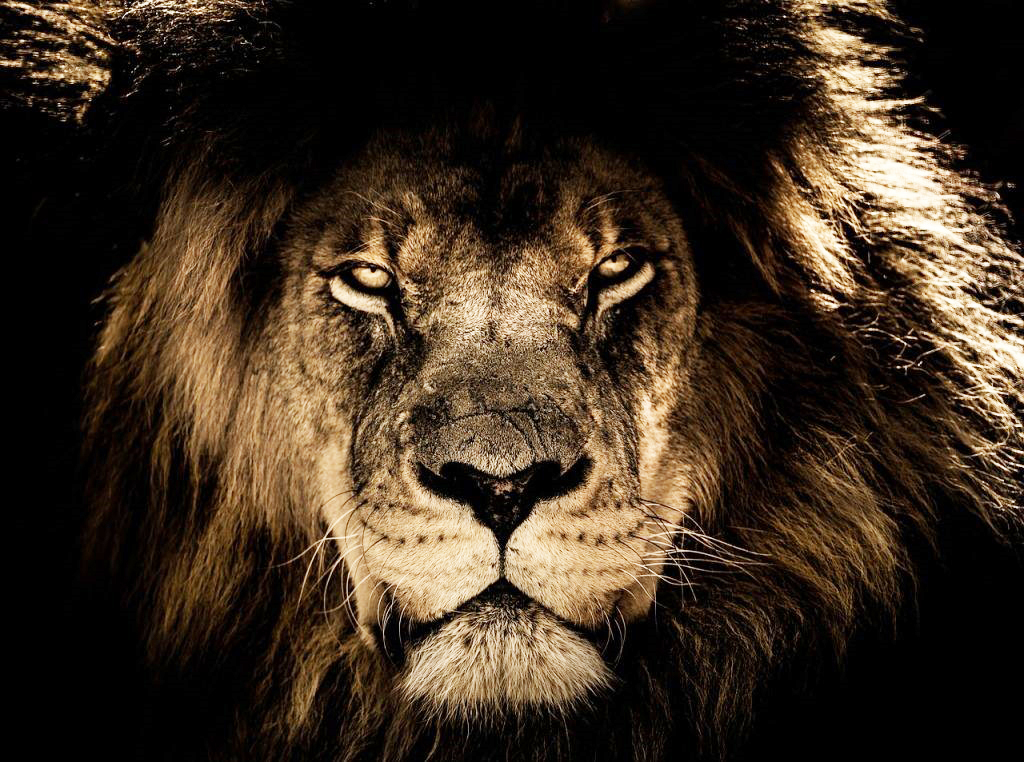 We feel displaced. We feel confused and concerned. Thousands of years ago, another believer felt this way. Daniel, whose name means “God is my judge,” fought to balance his loyal service to Babylon with his ultimate obedience to God. Through his apocalyptic visions, Daniel reveals that in spite of present circumstances that make it appear as if evil is winning, God is in control and will ultimately be victorious. He is sovereign over the course of history, even over those who rebel against him and seek to destroy his people. He is aware of the suffering of his people and will bring their trials to an end on the day when he reestablishes his kingdom. All of the kingdoms of this world will come to an end and will be replaced by the Lord’s kingdom, which will never pass away.
Fall Bible Study Kicks Off September 2-3:
Wednesdays @ 6.30 pm (Virtual). Zoom link is below (good for entire fall study)
Thursdays @ 9.30 am (Sanctuary)
Contact Jaime Carnaggio if you would like childcare.
Daniel Zoom Link
Meeting ID:  839 9780 4634
Passcode: 1234 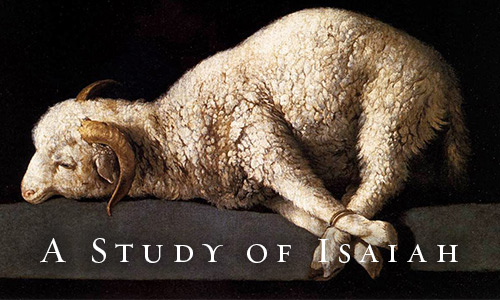 Wednesday mornings offers a study of the “fifth gospel,” Isaiah. In Isaiah, we have themes of God’s judgment on his wayward people, their need for repentance and his brilliant plan for their salvation, both in that time and pointing forward to Christ’s first and second coming. Isaiah is a prophet without equal, save for our Lord Jesus Christ. All women are welcome!
This study will resume on September 2, picking back up in Chapter 55. It meets Wednesday mornings @ 6.30 am in the FPC library and is taught by Lisa Head.

Women’s Circles meet monthly for study, prayer, and fellowship and meet from September through May.
The Women’s Ministry Circle book for 2020-21 is Identity Theft: Reclaiming the Truth of Who We Are In Christ. Who am I? It’s a question we all ask ourselves at some point. Depending on the season, we focus our identity on our job performance, marital status, personality type, or social network, among other options. However, there’s a larger question to consider. Who am I in Christ?
A group of insightful, diverse authors including Jen Wilkin, Melissa Kruger, Trillia Newbell, Hannah Anderson, Jasmine Holmes, Jen Pollock Michel, and more, share their wisdom and perspective to help us answer these questions by: exposing our false notions of identity; understanding the biblical truth of our identity in Christ; and reflecting on what it looks like to live in our new (and true) identity. They point out the subtle and significant ways our true identity can be lost . . . and found. In ten chapters we’ll cover everything from our identity as children of God to citizens of heaven.
Join us as we explore how knowing who we are in Christ changes every aspect of our lives. Circles kick off in September and there are multiple options (in-person and virtual).
Contact Jaime Carnaggio if you would like to join a Circle.

Quarterly opportunities to gather intergenerationally for devotion, service, fellowship and fun.
Proverbs 31: 31   Honor her for all her hands have done, and let her works bring her praise at the city gate.
Spring Picnic
Summer Socials
Fall Stay-treat/Retreat
Advent Brunch
Interested in serving on an event committee? Contact Stacey Moore or Katelynn Cruice.

Focused Fellowship: Through the Decades!

Each month, Women's Ministry organizes focused fellowship targeting women in specific decades. There is no agenda! These are simply extra opportunities to gather together outside of the church wallss for food, fellowship and fun.
Interested in hosting a social? Contact Stacey Moore or Katelynn Cruice.

Opportunities to become equipped and trained to lead, teach, and serve within the church and community.
1 Peter 5: 1-3:  So I exhort the elders among you, as a fellow elder and a witness of the sufferings of Christ, as well as a partaker in the glory that is going to be revealed: shepherd the flock of God that is among you, exercising oversight, not under compulsion, but willingly, as God would have you; not for shameful gain, but eagerly; not domineering over those in your charge, but being examples to the flock.

Do you desire to teach Bible study or lead a Circle? Contact Jaime Carnaggio or Katie Forsthoff.

The purpose of the Women’s Ministry Advisory Council is to come alongside the Director of Women’s Ministry, helping to serve our collective and individual needs. The council members partner with the director in the areas of fellowship, discipleship, prayer and Bible study.

The All-Sufficient God
by Martyn Lloyd-Jones

Jesus Calling: Enjoying Peace in His Presence—Devotions for Every Day of the Year
by Sarah Young

The Prodigal God: Recovering the Heart of the Christian Faith
by Tim Keller

The Return of the Prodigal Son
by Henri Nouwen

The Screwtape Letters
by C.S. Lewis

Valley of Vision: A Collection of Puritan Prayers and Devotions
by Arthur G. Bennett (Editor)

Book Suggestions on Marriage and Family, Finance and Sexuality

Desperate Marriages: Moving Toward Hope and Healing in Your Relationship
Hope for the Separated: Wounded Marriages Can Be Healed
by Gary Chapman

His Needs, Her Needs
by Willard F. Harley, Jr.

How to Manage Your Money: An In-Depth Bible Study On Personal Finances
by Larry Burkett

Our Greatest Gift: A Meditation on Dying and Caring
by Henri J.M. Nouwen

On the Threshold of Hope: Opening the Door to Healing for Survivors of Sexual Abuse
by Diane Mandt Langberg

The Silence of Adam: Becoming Men of Courage in a World of Chaos
by Larry Crabb

The Wounded Heart: Hope for Adult Victims of Childhood Sexual Abuse
by Dan B. Allender

According to the Plan: The Unfolding Revelation of God in the Bible
by Graeme Goldsworthy

Breaking the Idols of Your Heart: How to Navigate the Temptations of Life
by Dan B. Allender and Tremper Longman III

The Cross
Studies in the Sermon on the Mount
by D.M. Lloyd Jones

Counterfeit Gods: The Empty Promises of Money, Sex, and Power, and the Only Hope that Matters
The Reason for God: Belief in an Age of Skepticism
by Tim Keller

The End of the Beginning: Revelation 21-22 and the Old Testament
by William J. Dumbrell

From Eden to the New Jerusalem: An Introduction to Biblical Theology
by T. Desmond Alexander

The God Who is There: Finding Your Place in God's Story
by DA Carson

Gospel Women: Studies of the Named Women in the Gospels
Jesus and the Eyewitnesses: The Gospels as Eyewitness Testimony
Richard Bauckham

Growing Your Faith: How to Mature in Christ
by Jerry Bridges

The Shadow of Christ in the Law of Moses
by Vern S. Poythress

Spiritual Theology: A Systematic Study of the Christian Life
by Simon Chan

The Unfolding Mystery: Discovering Christ in the Old Testament
by Edmund P. Clowney

When the Darkness Will Not Lift: Doing What we Can While We Wait for God
by John Piper